3 Key Things to know about STT-MRAM – #2 Can you have High-Reliability STT-MRAM? 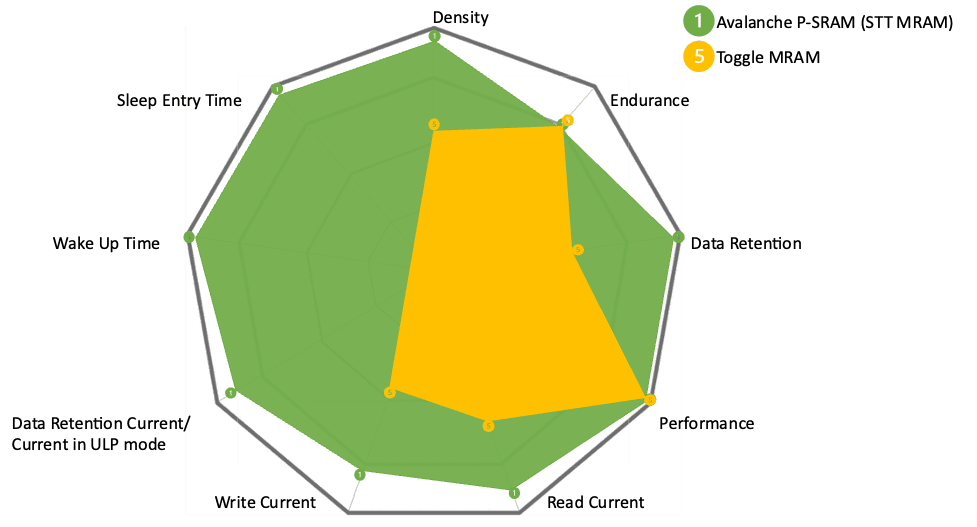 MRAM is widely expected to combine the density of DRAM, the speed of SRAM and non-volatility and reliability of F-RAM (practically unlimited endurance and data retention) to yield a universal memory. Toggle MRAM (first generation MRAM) enabled non-volatile memory that featured practically unlimited endurance, long term data retention and speeds fast enough to be the fastest non-volatile memory of its time. However, it could not yield densities comparable to DRAM or write speeds comparable to SRAM.